Providing exceptional, science-based experiences in an international network to define the future of aquatics.

Shipping is not included in the sales price.

This is NOT an official goal due to its over-sized face-plate. The “bars” of this goal are wider than most.

Netting options exist. The plan is to provide advertising spaces on the three spaces of each goal. Logos and sponsors can be put onto both sides and the back of the goals. The intention is to have the goals paid for, in part or whole, by the sponsors. Furthermore, there are four parts to every goal: two sides, the back for the full-sized goal, and the back for the junior sized goal. So, you can have extra banners at the pool too.

Not yet for sale, but we’re taking reservations for orders. Any week now.

The story behind the water polo goal begins with frustrations with the need to borrow trailers and trucks.

We play in various pools. Sometimes were are in the city schools. Some days we are in the city, outdoor parks. Some weeks at the end of the summer, we need to move to a different public, outdoor pool due to end of season schedules and closures. Other times we play in local colleges and universities. 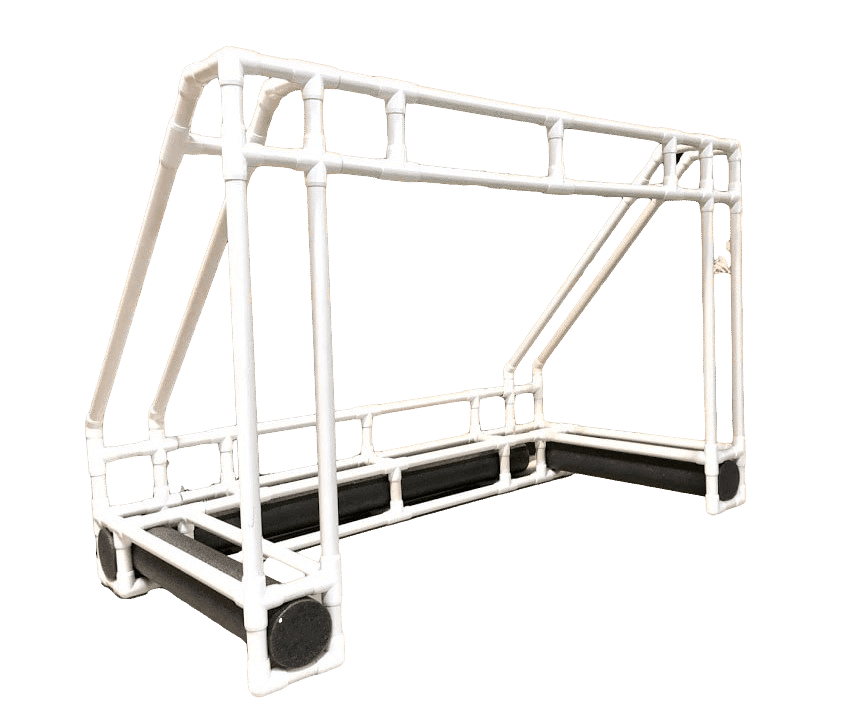 Junior sized goal, shown above is without the face plates. The upside down "U" is attached so that the players in the game have a clear outline of the goal's opening or bars. The faceplate materials are thin but very hard plastic that can take the impact of the ball hits.

Backstory to the goal

In Pittsburgh, we have a few water polo goals that need to be moved around town among various swim pools from time to time. The regulation goals require a truck or a trailer to move. They are really too large to fit into a pick-up truck, but we've done it for short trips among close by neighborhoods  with some extra rope.

At The Ellis School, in an elective, senior class on engineering, a few of the students were looking for projects. We talked about the need to make a goal that can be taken apart.  The idea was hatched. 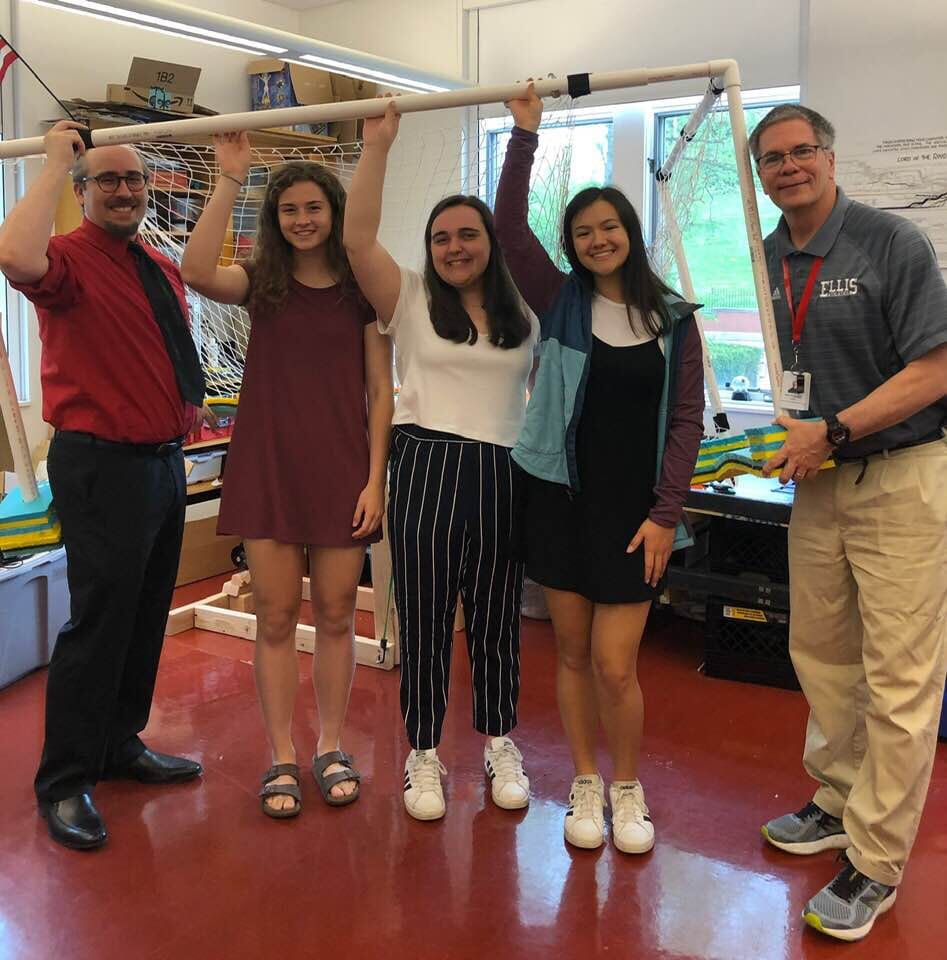 There are no reviews yet.

This site uses Akismet to reduce spam. Learn how your comment data is processed.

Please log in again. The login page will open in a new tab. After logging in you can close it and return to this page.